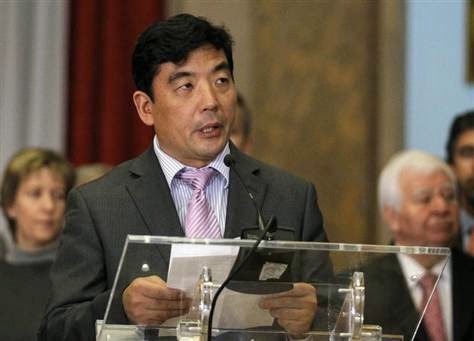 China's Three Gorges Corp, which built the world's biggest hydropower scheme, has replaced its chairman and general manager, the company said, in the latest major reshuffle of a state-owned firm as the government steps up a fight on graft.
Some officials of Three Gorges, set up in 1993 to run the hydropower scheme, were guilty of nepotism, shady property deals and dodgy bidding procedures, the ruling Communist Party's anti-graft watchdog found in February.
The scandal has reignited public anger over the $59-billion dam, which was funded by a special levy paid by all citizens.
Chairman Cao Guangjing has been removed from his position and would be assigned another job, the company said in a statement on Tuesday. It named Cao's replacement as Lu Chun, but gave no further details.
Three Gorges will also replace its general manager, Chen Fei, with Wang Lin, the firm cited Wang Jingqing, a deputy head of the Organisation Department of the Communist Party's central committee, as saying at a company meeting on March 24. It gave no details of Wang Lin's background.
The company has not accused Cao and Chen of any wrongdoing.
China's largest oil and gas producer, PetroChina Co Ltd, and its parent, China National Petroleum Corp (CNPC), are already enmeshed in one of the biggest corruption investigations into the state sector in years, launched half a year ago.

We ain't seen nothing yet...

who is online counter blog counter